Founded in 1926, Swiss Balco is a powerhouse of ingenuity, yet a staunch preserver of heritage. Every day for the past 90 years, every watch has been consistently produced, through rigorous processes, superb artistry and exquisite design. We insist on exploring the art of watchmaking, passing on heritage and pursuing fashion to create a new future for the world of watches!

As Balco celebrates its 90th anniversary, the Dynamic Series welcomes a new member – the officially certified Chronometer commemorative model: ruggedly handsome and a tribute to classics! The white dial comes with a classic chequered pattern. It pairs well with the rose gold time marks, like magnificent classical architecture possessing a solemn glory. Clasp lugs make it convenient to change straps. The complimentary brown, genuine leather strap goes well with either business or casual occasions. The ruggedly handsome exterior contains a Swiss, custom-made, fully automatic mechanical movement. Each Chronometer is officially and individually certified by The Swiss Official Chronometer Control, and is issued a certificate as proof of precision timing and superior quality. Chronometer is your trusted choice.

Swiss Official Chronometer Control is administered by the Swiss Observatory, which tests the accuracy of watches. Those watches that pass the tests are typically labelled “chronometer.” The word is a combination of two Greek words: khronos (time) and metron (calculations, measurements). So, it has become a symbol of chronometer watches. The watches are tested individually, as even watches of the same model will show slightly different test results. 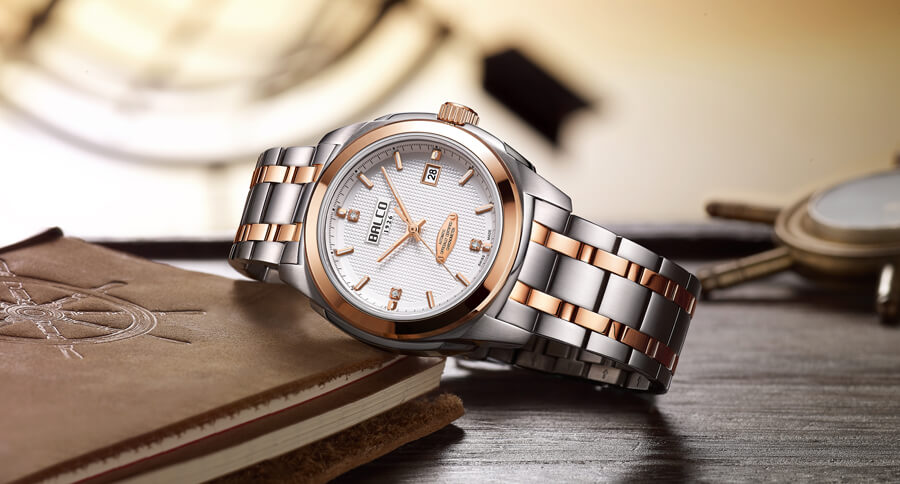