A watch is a miniature art form. When it lies on your wrist it exudes a strong attractive power. Europe is the origin of watches. The continent didn’t just produce watches but also much music and sports. Appreciating watches can be a way of finding the beauty in life.

In recent years, Swiss Balco has gone beyond striving for excellence in the watch industry, it has also emerged in other domains, participating in major events with gusto. This year marks the 90th anniversary of Balco. To celebrate this, Balco is working with Baidu in June, for an event that connects with the world: “Caring about the European Cup.” Balco is also crossing over into music by sponsoring the Baidu Nuomi Music Festival. When fashion crosses borders, the summer is destined to be filled with fun. 。 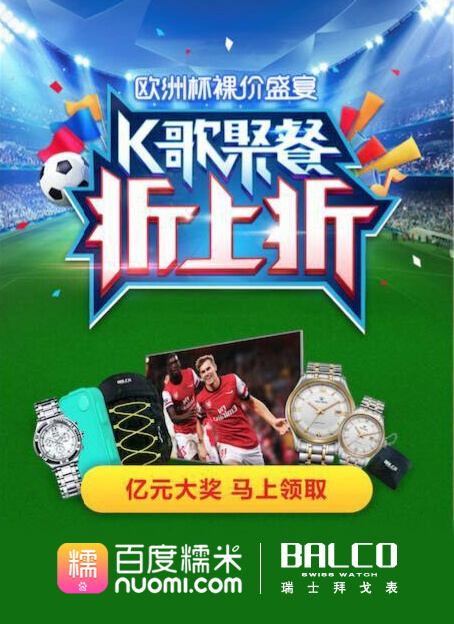 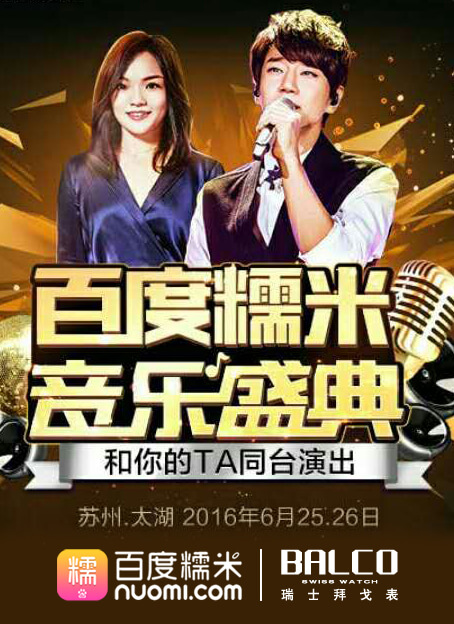 Time never stops running and the European Cup is back after four years! Live out your passion and sing at the top of your lungs! This year’s European Cup will be held in France and is the first to take place after a change in the tournament format. This edition will have 24 teams and 51 games – and every game is going to be exciting! The European Cup is not only a sporting carnival for fans, it also presents an opportunity to hang out with friends for some crazy time. Friends are like the minute hand and the hour hand: they have to go around a big circle just to meet once. So every moment together needs cherishing! Balco is sharing the exciting moments in the European Cup with you!

Music flows through time. The annual Baidu Nuomi Music Festival arrives in June, debuting at Taihu Lake, Suzhou. Top notch food and a music extravaganza fused with Tokyo Olympics, VR and AR technologies, will certainly get you singing along in exhilaration. On that day, Hwang Chi-yeul, Lala Tsu, Bi Xia and many other popular stars will participate in the veritable musical feast. People from all walks of life and of all ages will express their enthusiasm for the festival in their own individual way. Swiss Balco is going all-in, bringing even trendier elements to the music event.

Watch designing, a sports tournament and music elements collide for more sparks of inspiration. To celebrate its 90th anniversary, Balco is launching new models under its Velocity and Dynamic Series, adding yet more excitement to the fusion event.